Resilience is making a comeback in our corporate vocabulary. From Angela Duckworth’s best-selling Grit to the U.S. Army’s Comprehensive Soldier and Family Fitness Program to companies trying to ensure their own cyber survival, resilience is gaining new ground. 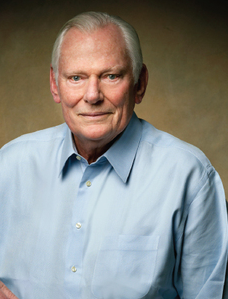 Resilience, perseverance, and tenacity were frequent themes during memorial events remembering Southwest Airlines founder Herb Kelleher. Between tears of appreciation and laughter over Kelleher’s unconventional and often edgy approach to anything he did, celebrating the life of this Texas legend became a testimony to the resilience of the company he founded.

A market disruptor before disruption was cool, Southwest began in 1969, but didn’t take off until 1971. Before they could put a plane in the air, three competing airlines filed suit to end Southwest before it began. Kelleher fought the suit to the U.S. Supreme Court and in December 1970, the high court sided with Southwest. Even with the Wright Amendment clipping their wings for 35 years, perseverance and resilience enabled Southwest to become the largest domestic carrier in the United States. In January 2018, the airline announced a 45th consecutive year of profitability.

What makes a person or a company of people resilient? What does it take to recover quickly from a set-back, to spring back into shape after getting hit, or to bounce back again and again from a series of adverse events or stressful circumstances?

The U.S. Army’s resilience initiative includes three training components-mental toughness, signature strengths, and strong relationships. Psychology Today identifies factors of resilience as a positive attitude, optimism, the ability to regulate emotions, and the ability to see failure as a form of helpful feedback.

Resilience isn’t being smarter than everyone. A study of West Point cadets that make it through their initial training found no correlation between aptitude and grit. And resilience is more than staying at a task after all your resources are depleted. Studies find resilience is developed, not decreed. It is a set of thoughts, behaviors, and deliberate actions that enable a person to recover, reinvent, and return to a goal.

How do we develop this valuable trait? Resilient people are –

In a 2015 article in Harvard Business Review, Shawn Anchor reported 10 years of research found, “when the brain can think positively, productivity improves by 31%, sales increase by 37%, and creativity and revenues can triple.” Anchor went on to say, “the greatest competitive advantage in the modern economy is a positive and engaged brain.”

Research from Texas A&M University found the key to resilience is working hard and then stopping, recovering, and trying again. Building resilience requires adequate moments of recovery. A scheduled short break during an intense push, shifting attention to a different subject or task, or carving out time for genuine relaxation on a weekend all contribute to a rested and resilient executive. Resilient executives know that to be fully engaged, the brain needs space to gain new perspectives and regain energy.

When William Casey was the Army Chief of Staff, he launched the Comprehensive Soldier and Family Fitness program to proactively address the challenges impacting soldiers and their families resulting from multiple deployments. The goal was to provide preventative skills that would enable soldiers and their families to face adversity and bounce back stronger than when they started. While not without critics, the program had found building resilience and enhancing performance needs to equally address the physical, social, emotional, family and spiritual dimensions of a soldier’s life. Soldiers weather combat best when they have a solid network of strong relationships.

Resilient leaders are self-aware, accept their limitations, and recognize the fallacies in a plan before they invest more time in something that is designed to fail. These leaders reject the learned helplessness that comes from hiding personal uncertainty under the guise of “risk management.” They own failure as an honest and valued instructor and engage in self-corrective action to find a better road to success.

One final caveat. The downside of cultivating resilience is that you must face situations requiring it to develop it. Considered by many to be a political wash-out in his 50’s, twenty years later Winston Churchill led England through some of the most difficult days in its history. The resilience he called for in the British people was the same resilience he developed in his life, discovering in the crucible of difficulty that, “Success consists of going from failure to failure without loss of enthusiasm.”