Are Companies Wisest to Buy Results or Potential?
(or, why is a NFL football broken in before play begins)

(Somewhat Related Preamble: have you noticed that NFL game balls are not used right out of the box? The shiny, slick surface has been removed so that the balls perform in the intended fashion and at the highest level.) 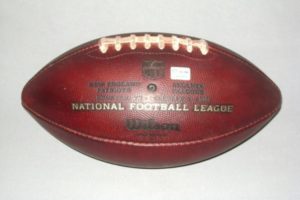 At age 32, Los Angeles Rams head coach Sean McVay made history when he was hired as the youngest NFL coach in modern history. He is joined by six other NFL head coaches under the age of 45. Over the past 20 years, the average NFL coaching hire was 48 years old.

So, what was John Elway thinking when he gave 60-year-old Vic Fangio a four-year contract to lead the Denver Broncos? While other NFL franchises are hiring for the future, Elway chose to leverage the past. When announcing his choice, Elway noted, “There are few things that Vic has not seen in 40 years of coaching. He’s been great on the defensive side of the ball . . . with a simple, detailed approach that gets results. With his intelligence and experience, Vic is as good of a football coach as you can find.”

Many companies think the only place to find qualified candidates is at the fountain of youth. At age 32, Mark Zuckerberg heads the list of the youngest Fortune 500 CEOs. Warren Buffett carries the distinction of the oldest Fortune 500 top executive at age 85. That translates to Buffett’s Berkshire Hathaway giving the market 96 quarters of earnings as a Fortune 500 and a stock price around $300,000 per share. Zuckerberg can market 16 quarters of earnings and a stock price closer to $150 per share.

Progressive employers are re-thinking their strategy and hiring professionals with broad resumes of contributions and expertise. How does an executive position his/herself for longevity in a competitive market?

Build the brand around miles traveled, not how long you’ve been on the road.

Many executives on the back half of their career journey aren’t considered for a senior role because they attempt to sell their experience, not expertise and value. Companies are hiring for where you’ve been, what you’ve seen, and what you’ve done-not for how long you’ve been traveling. When an executive talks about “experience” to someone young enough to be their child, the leader unconsciously promotes ageism stereotypes.

Maintain your relevance and transferability.

Being the guardian of a legacy system or proprietary process is a liability, not insurance. Some people mistakenly think creating indispensability is a sure way to ensure career longevity. In a market propelled by disruptive innovation and emerging technologies, refusing to reinvent oneself is a sure way to bring a career journey to an abrupt end. Executives at former telecom giants painfully discovered failing to keep up with industry evolutions was a fast way to look like a dinosaur.

Headline your brand, not your title.

Scan LinkedIn and you see many executives use their headline (the most important part of a profile) to list a current title, not a value contribution. Executives that successfully extend their career journeys demonstrate versatility by clearly communicating how they impact cash, growth, profitability, etc. A solid brand positions someone in the market by promoting results and value. A title promotes an expectation that may have little to do with impact.

Show you have the energy to keep up with the team.

The pace of business and the frequency of change are staggering. Even young professionals are, at times, overwhelmed with employer expectations and job demands. An executive wanting to stay in the game demonstrates he/she has the stamina and energy to keep playing when others want to sit out an inning. Trying to hide greying hair with a poor dye-job or talking about how many hours you played golf over the weekend isn’t how a leader communicates youthfulness. Taking care of your health, losing that extra 20 pounds, and maintaining a pace of work that parallels younger colleagues is a better formula for longevity.

John Elway isn’t the only person hiring someone who brings 40 years of success to a role. Branding, positioning, and engaging with all you bring a potential employer attracts the attention of companies that want results, not potential.